Opponents on Monday in the FA Cup, Alexis Sanchez and Radamel Falcao were once teammates.

You probably already knew that.

Alexis spent a season on loan with the Argentinian side River Plate in 07/08 when he was an Udinese player.

Scoring four goals in 31 appearances that season, he was somewhat outdone by Falcao who netted 19 in 39 however the following season Sanchez signed for Barcelona.

This is all probably nothing you didn’t already know.

This season it is Falcao with four goals (in 19 appearances) while Alexis has 19 in 38.

Anyway, it’s a chance to post this photo of a 20-year-old Alexis: 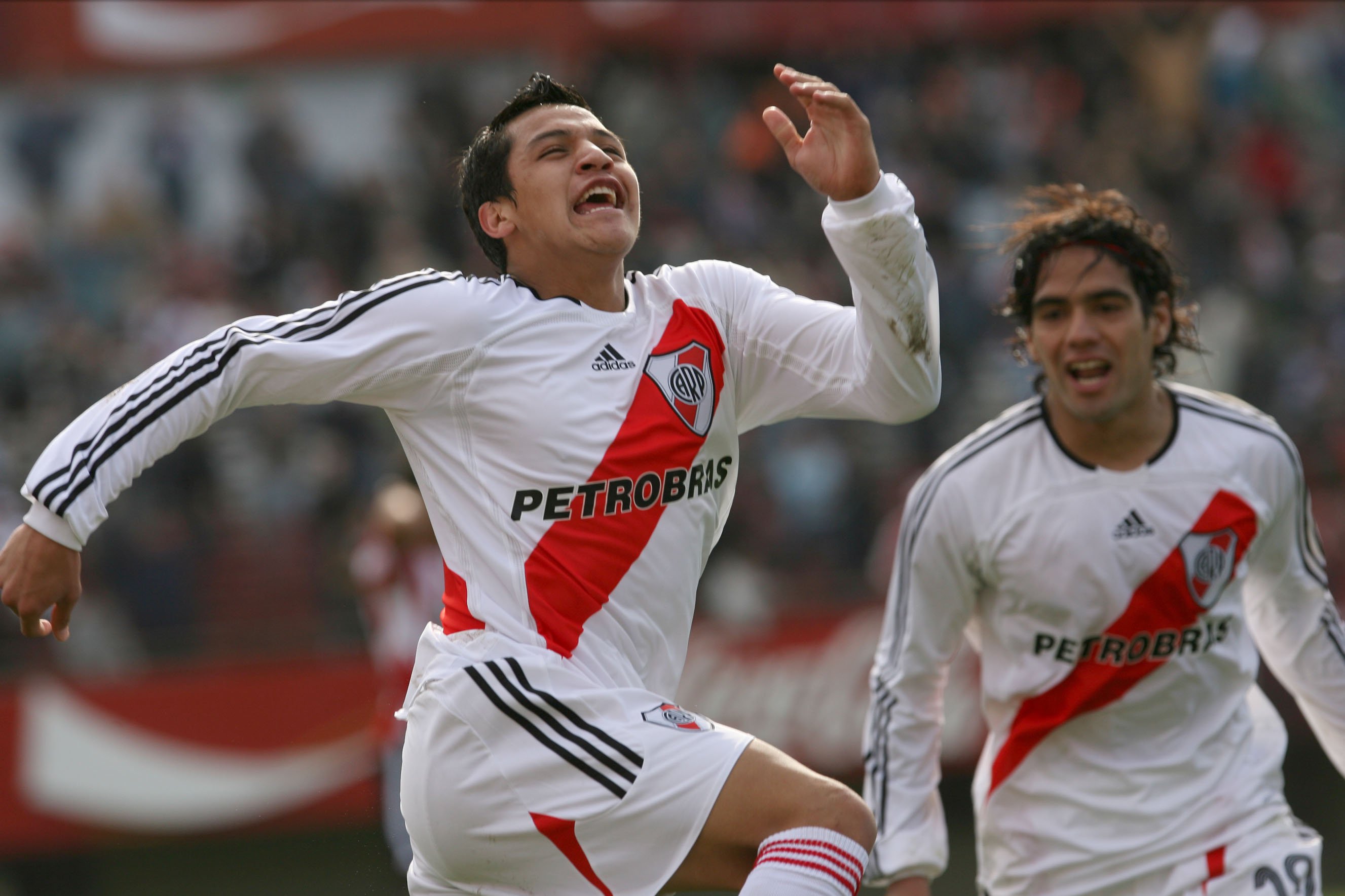