There’s no doubt about it – Hector Bellerin has been one of this season’s success stories.

Thrust into the side mainly because of Mathieu Debuchy’s rotten luck with injuries, the Spaniard who arrived at the club in 2011, has made the right-back slot his own as the Frenchman heals from a dislocated shoulder.

With blistering pace and ever-improving defensive awareness, he is certainly a player to be excited about.

Speaking to Arsenal.com, the youngster revealed who his inspiration is and how he works to try and improve, spotting opportunities to learn everywhere

“I look at other players in the Premier League because it’s good to look at them and learn from them.

“I really like players like Pablo Zabaleta, I think he’s a really complete player when he’s attacking and defending. Also Cafu, who was an attacking right back as well, Dani Alves too – they’re the players that I can try to get the techniques and the positioning from.

“When Bacary Sagna was here he was a really big mentor for me. He did things right on the pitch, he was up for it and he was a good example especially for young players, so I would say he’s the one who I would have studied the most from Arsenal.

“I always feel that there’s something to learn about – it doesn’t matter which position, everybody has got something to really help you so I think that’s the way to grow off the pitch.”

It’s not yet clear what Bellerin’s emergence will mean for Carl Jenkinson who has nailed down a permanent starting spot with West Ham during his loan spell there.

With Debuchy and Bellerin likely to fight it out for the right-back slot at Arsenal and Calum Chambers also able to play there, it doesn’t look good for Jenks.

Time will tell on that, however. 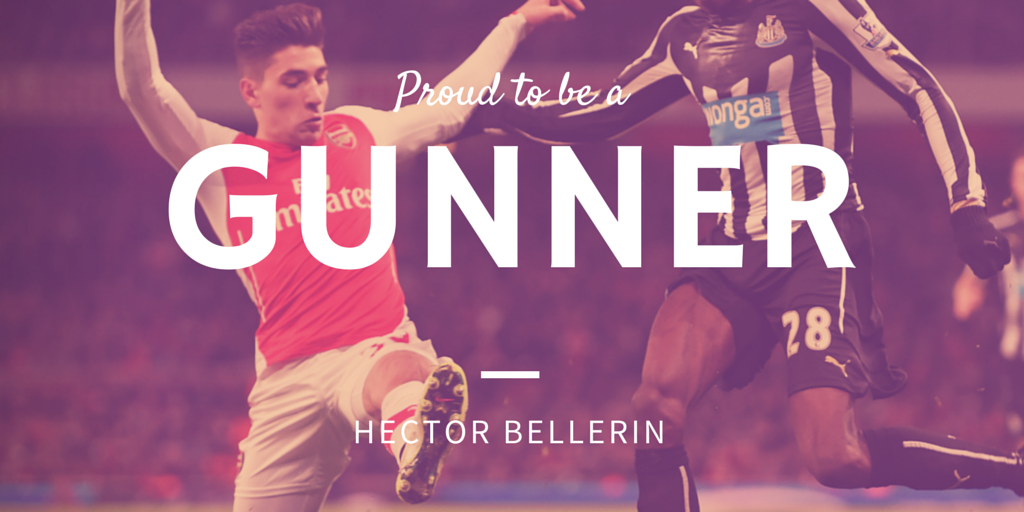