Arsenal’s underrated, or perhaps even once maligned, players are becoming the stars of North London

With a bigger assembly of senior players than ever before, Arsène Wenger will be thrilled to see the progress being made by certain individuals in his squad.

Not only is the squad the deepest Wenger has ever had at is disposal, but they seem to share a great sense of camaraderie in the dressing room, and it is serving to make us a better side.

To have so many players and not one of them whining about where they are being played, nor how often, is proving huge for the development of players.

Before Olivier Giroud’s injury at the end of August, he hadn’t managed to start in either of the Premier League fixtures. Yaya Sanogo lined up against Crystal Palace and Alexis Sánchez – who was subbed for Giroud at half-time – started the game at Everton.

After his injury his place was under even more pressure, as Danny Welbeck had been signed. Hardworking and selfless, Welbeck is blessed with the mobility that Giroud lacks.

Since returning in November, Giroud has managed an outstanding record. Eleven goals in the Premier League (and two in the FA Cup), Giroud has scored every 99 minutes in the league since his return.

He seems to have worked on his game a lot since his injury. Drifting into the channels more often and holding the ball up in a less possession orientated side, Giroud is still managing to slot right in to a mobile and dynamic Arsenal.

Monday night saw Welbeck return up front at Old Trafford, where he grabbed a goal. Giroud had scored five goals in as many games before the FA Cup victory over Manchester United, but his overall play had been waning – particularly in games against Crystal Palace and Monaco.

Giroud’s response to Welbeck’s winner on Monday was nothing short of superb. Possibly his best performance of the season, as he was integral in all three goals against West Ham. Heavily involved in the build up each time, occupying defenders and dragging men toward him – the performance included a goal and an assist.

Goals win headlines, but the rise of Nacho Monreal has been just as impressive – if not more so – than the one enjoyed by Olivier Giroud.

Since joining Arsenal just over two years ago Monreal has always been a reliable left-back, if a bit conservative. A good crosser of the ball, sensible in possession, but maybe too passive, especially defensively.

Last season saw Kieran Gibbs enjoy the best season of his career, but he failed to kick on from there when the current campaign began. After an injury early on in the season he quickly regained his place in the side, helped by the fact that Monreal was required at centre-half instead for six games spanning from mid-October to Boxing Day.

At centre-half Monreal had no choice but to engage the man with the ball more often, as he had no space behind him to protect.

The home victory over Stoke in January saw Monreal given the chance to take the left-back spot permanently, and he seized it.

After his spell in the middle of the pitch Monreal proved more decisive defensively, looking more solid than ever. Gibbs recently played against Everton, QPR, and Monaco as Nacho struggled with injury, but the Spaniard is back in the team again now.

The wins at both Old Trafford and Etihad Stadium saw Monreal bombing forward for the first goal. Scoring the opener at Manchester United and winning a penalty against Manchester City, Monreal kept both Angel Di Maria and Jesus Navas quiet on those visits to the Manchester. Quick wingers used to trouble him, but he’s become a more proactive player and isn’t giving any opposition winger space to breathe.

Incidentally, perhaps Monaco aside, Gibbs has played well on his recent outings for the first team. The on-going competition at left-back has the potential to take two good defenders and make them great ones. 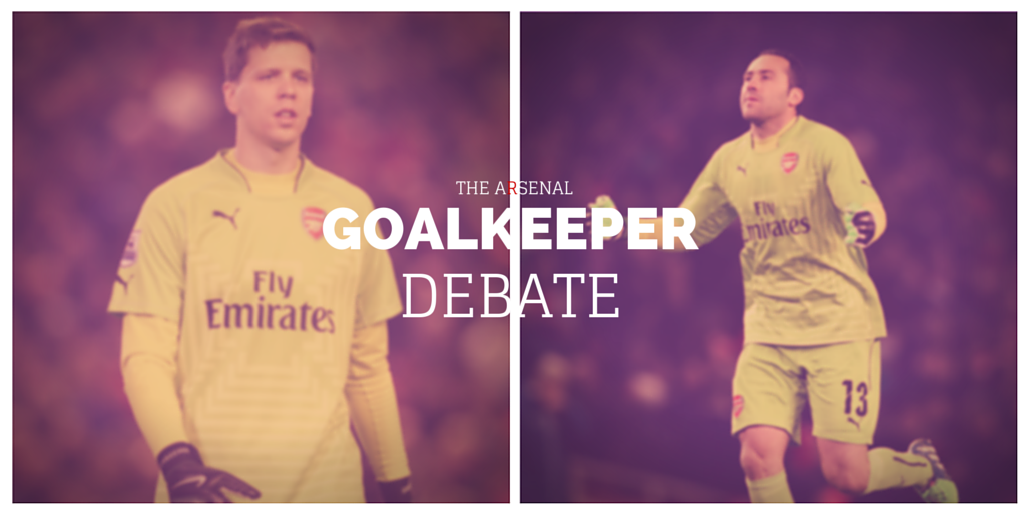 What exactly Arsène Wenger’s plan is, I’m not sure. We’ve seen Lukasz Fabianski take the place of Wojciech Szczęsny in the past, and it made the younger Pole a better goalkeeper.

Last season was by far his best in an Arsenal shirt, with no Premier League stopper keeping more clean sheets. Fabianski’s form the previous spring looked as though it had worked wonders, with Szczęsny’s game going on to a new height.

In the summer, though, Arsène Wenger bought David Ospina. A senior goalkeeper unlikely to be happy to sit on the bench, who is currently first choice.

Szczęsny only really had one poor game for us this season, but his attitude has been under the spotlight. Wenger may just be trying to inspire the best out of his goalkeeper, but part of me thinks he just doesn’t have complete faith in him.

Hopefully it is the former, and a confident – but slightly less cocky – Wojciech Szczęsny will be afforded the opportunity to show us his best form again soon enough.

Good for most, but troubling for some. Theo Walcott – still waiting to settle into regular football after his injury in January of last year – looks somewhat bereft of confidence. Walcott doesn’t always toil for anything other than his own chances, his creative side has been waning and both Alex Oxlade-Chamberlain and Danny Welbeck have more strings to their bow.

Walcott could have a chance for more minutes now Oxlade-Chamberlain is injured, and his attributes are almost unique to this squad. Nobody else has such good direct movement, and he is generally an excellent finisher.

When the opportunity has arisen, others have stepped up when a player in their positions have excelled this year. Walcott now has to do the same.

Arsenal’s current squad has more depth than ever, but that competition for places is only healthy. With such a well-spirited group of players we are seeing huge improvements without anyone unhappy at how many minutes they’re getting.

Santi Cazorla has stepped up to another level when played in the middle with Jack Wilshere and Mesut Özil out, and Özil has now responded with some fine form of his own since his return.

It’s a testament to our players that they are responding so strongly to the fight for places, and a huge asset to us that nobody is guaranteed a place in the team right now.

The positive atmosphere in the dressing room is key. With nobody unsettled and everyone playing well, the personnel will only improve further.

Competition for places is helping the Arsenal players reach their true potential.