Nemanja Matic is widely regarded as the best defensive midfielder in the league.

And then Francis Coquelin arrived.

Since his emergency recall from his loan spell with Charlton, the young Frenchman has made himself so invaluable to the Arsenal first team that he is often one of the first names on the team sheet, even when he has a busted face.

Now the people over at Oulala.com have compiled a comparison of the two players which seems to show the Arsenal man outdoing his opposition number: 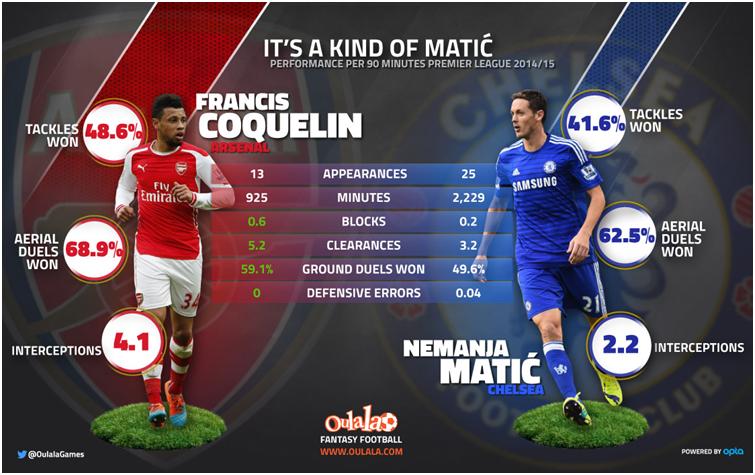 Of course, the sample of games is smaller and no-one would imply that this means Coquelin is, in fact, a far superior player.