Francis Coquelin and Abou Diaby show the role luck plays in the life of a footballer.

Speaking to Arsenal.com this week, Arsene Wenger highlighted the fragile state a footballer’s career exists in.

At the beginning of this season, we know now, Francis Coquelin was four months away from being shipped out on a free transfer.

Yet, seven months later in March 2015, the young Frenchman has found himself the first choice holding midfielder for the Arsenal and has a freshly minted new contract tucked away in his back pocket.

With Mikel Arteta beginning to lose his lustre and Matty Flamini’s initial impact fading to the point it now feels like a trick of memory, it almost looks as if Coquelin’s emergence was part of some kind of succession planning.

However, we know – because the manager has told us so – that this wasn’t the case.

Once Coquelin was given that opportunity, he had to make sure he took it and this can’t be put down to just luck.

In his tigerish displays at the base of the Arsenal midfield we see someone who is prepared to put his body on the line for the Arsenal.

Someone who is, in the manager’s words, “a sitting player who can win the ball”.

It seems so obvious now, doesn’t it, that a midfield containing the talents of Ozil, Cazorla and Alexis would need a platform to play from?

In fairness, it seemed fairly obvious when the season began.

Mikel Arteta may be a defensive midfielder in name, but he certainly isn’t by nature. When you think of Arteta, the words that spring to mind are words you would normally associate with the playmaker Arteta is – words like, silky, refined, metronomic.

I suppose, to borrow a name from the past, Gilberto Silva may have been those things too, but he was also athletic, physical and, most importantly, defensive minded.

For me Coquelin represents all these qualities though, obviously, he’s not quite the complete package that Gilberto was when he arrived in London in 2002.

Coquelin’s success at the base of midfield is no surprise; it’s a natural by-product of asking someone to do a job their particular skill set allows them to do better than anyone else in the team. I include Arteta in that.

For that reason, I disagree with this Wednesday’s Arseblog where he talks about the defensive midfield area of the team being “overloaded” with defensive midfielders, particularly when that assessment includes Mathieu Flamini.

I believe that Coquelin’s emergence has highlighted the importance of specialists. And I think we should sign another one in the summer (Scheiderlin?) who can then be rotated with, or used alongside, Coquelin as necessary. Arteta would then provide us with capable, and highly experienced, back up.

On the flip side of the coin…

I would hope too, as Arsene makes his assessment of the squad in the summer, that the fairytale of Abou Diaby’s return to the first team squad is brought to a close.

I know, I know… it’s not a terribly sympathetic thing to say, but as I observed right at the top, footballer’s careers exist in a very fragile place.

Diaby’s career, which was effectively destroyed before it had really begun, is a very vivid representation of that fact.

I know that it is not his fault and we can all blame a thug named Dan Smith, apparently no longer working in that call centre, for a tackle which had no place being made on a football pitch.

I know all of that.

But whilst we, as fans, can allow ourselves to be sentimental, at least from time to time, it is not an allowance managers can make.

Forget talks of a new contract for the Frenchman. The bare facts are that since the beginning of this decade, Diaby has made 42 appearances for Arsenal and 20 of them were in the 2010/11 season.

To put that into further context, Diaby made 40 appearances for Arsenal the season before. We all know how good a player Diaby might have been, but I don’t think, hand on heart, it’s ever going to happen for us.

As Abou approaches his 29th birthday, and with Arsenal.com not even displaying his career stats on his player page, I don’t think it’s going to happen anywhere else now either.

But football is played in the real world; a cruel world and we are not Arsenal Football Charity.

We shouldn’t keep him around because we feel some sort of debt is owed. It’s been repaid, several times over, since that horrendous day in 2006 not long after he signed for us.

Arsene Wenger should not allow sentiment to cloud his judgement over Diaby.

It’s time to let him go. 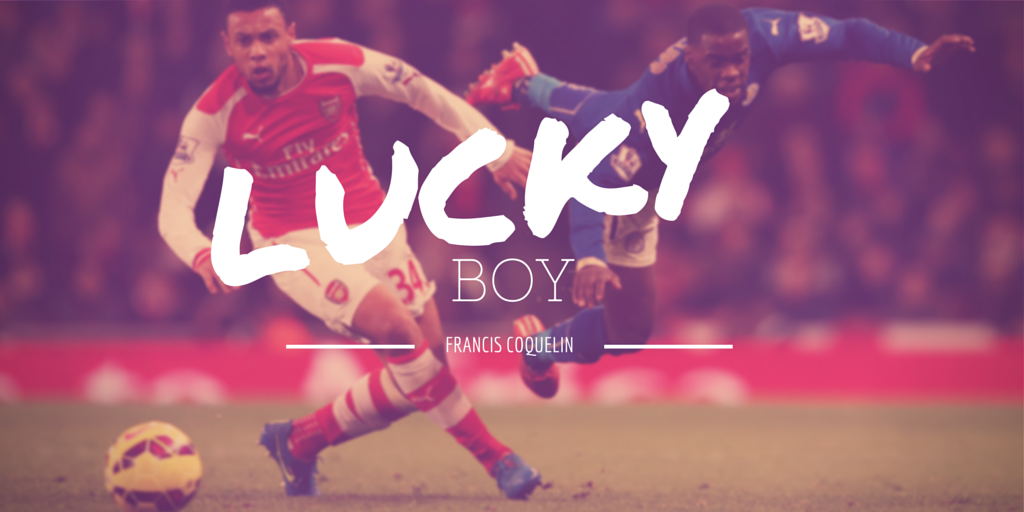