Arsenal fans have been voted the second best in London.

So says a YouGov poll.

Topping the list are those friendly Cottagers, Fulham, but with a larger sample size, Arsenal fans have done very well.

Chelsea and Millwall, however, have not and it seems like the people who undertook the poll didn’t much care for Tottenham fans either, showing that they know what they’re talking about.

In fact, of the six London Premier League teams, Arsenal fans are far and away seen as much more agreeable with 33% of people having an positive impression after meeting one (19% negative).

Chelsea fans left 43% of people they encountered with a negative impression.

It’s interesting to note that Arsenal fans were also the ones people came into contact with the most. 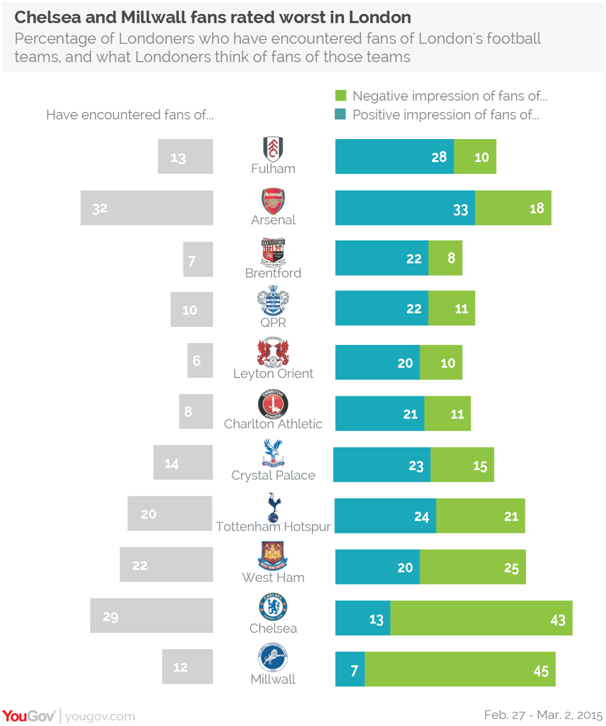