The Champions League is back.

Taking a break from the Premier League and FA Cup, Arsenal welcome Monaco to the Emirates on Tuesday night with fans still not quite able to believe it isn’t Barcelona or Bayern Munich.

So how are they likely to line up?

There has been some internet chatter this week that Wojceich Szczesny is likely to come in for David Ospina but it’s hard to know what Arsene Wenger will do.

He could reasonably offer Woj the Cup role and extend that to the Champions League, leaving Ospina free for the Premier League but as we’ve seen in the past, Wenger prefers to have one number one.

At the back Hector Bellerin should come back in for Calum Chambers providing his ankle is ok (there’s no reason to think it isn’t) while I wouldn’t be surprised to see Kieran Gibbs replace Nacho Monreal to give the Spaniard a rest.

The only other real decision that has to be made is does Wenger play Danny Welbeck or Theo Walcott?

With Welbeck preferred when the side are likely to concede possession and Monaco focusing on defence, Theo could well get the nod, especially as Danny started on Saturday.

Here’s how we think the side will line up: 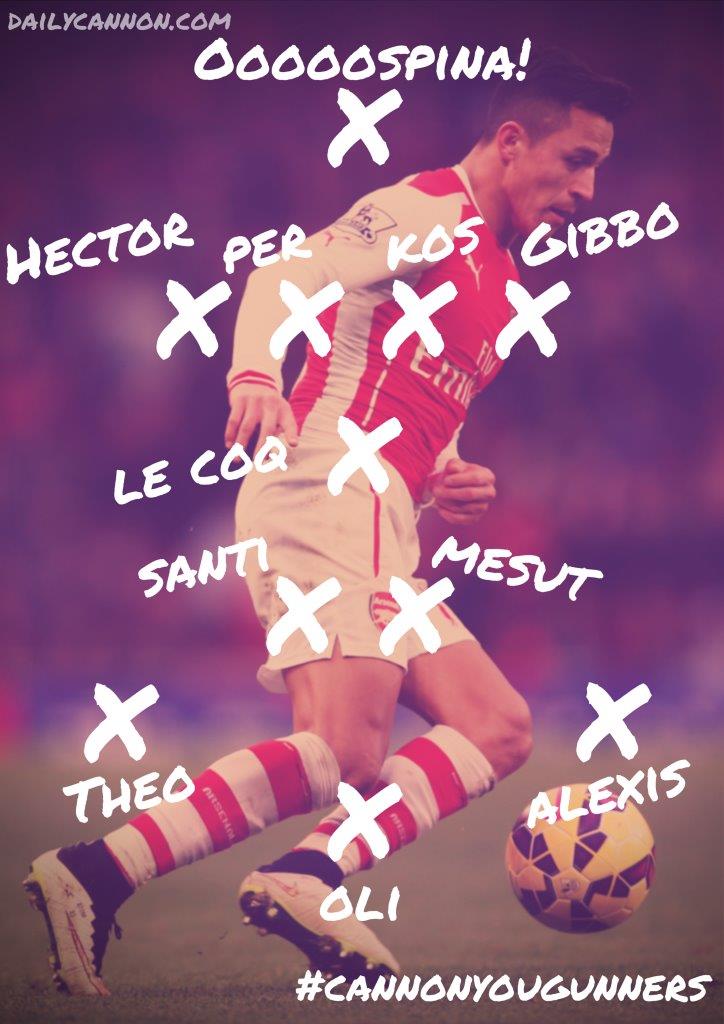