Jon Toral certainly seems to be enjoying his football at the minute.

Currently on loan in the Championship with Brentford, the Arsenal man set up the Bee’s third of the game with a well-timed pass into the box.

Speaking to the press this weekend, the Spaniard admits that he is not sure what the future holds for him with his Arsenal contract rtunning out this summer.

Despite only being 20 he has already had to undergo four knee operations to correct a genetic defect but is hopeful that Arsenal will take up the option to extend his deal.

You can read his interview here: 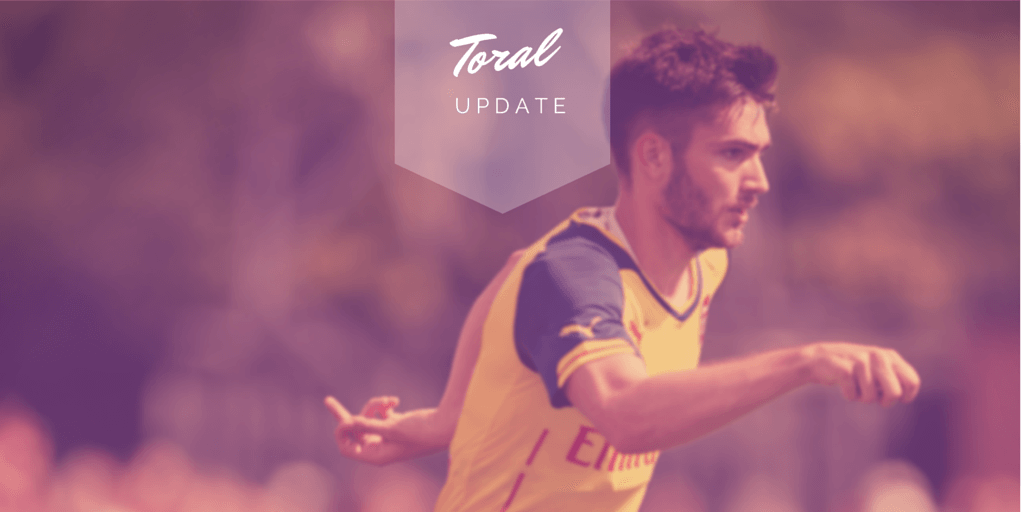 Arsenal 18yo spoke with Barcelona scouts, now recommended to President

Arsenal academy pre-season fixtures + how to get tickets