Arsenal have been granted planning permission to extend London Colney.

The club’s training base, which was opened in October 1999 at a cost of £10m after the sale of Nicholas Anelka to Real Madrid, will see a number of changes made.

The details contained within the application stated that the club wished to make the following changes:

Housing ten full-sized pitches as well as an indoor facility and a (very busy) medical and rehabilitation centre, Arsenal filed the application to make the above changes on October 17th, 2014.

The extension will include

The facilities are for use for the first team squad as well as areas required for yoga, pilates, stretching and movement. Extra space will also be given over to more hydrotherapy as well as extra space for the media. 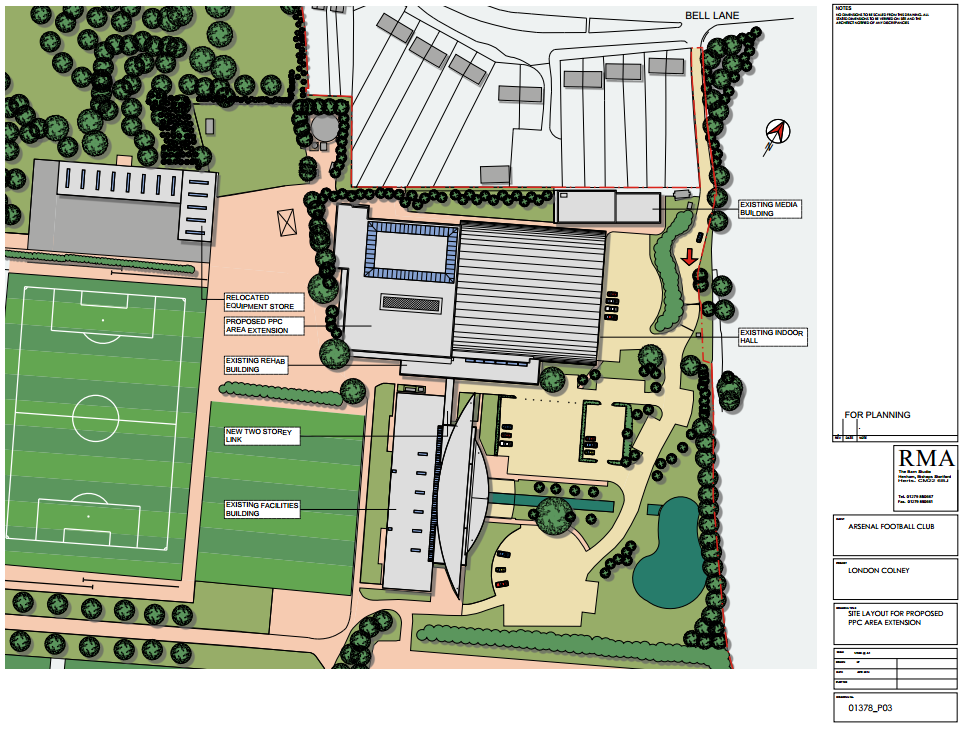 All of the plans submitted by Arsenal for this extension and redesign can be viewed hre.