Arsenal face Chelsea on Sunday in the traditional curtain raiser for the new season, the Community Shield.

In preparation for the match, we thought we’d put together a list of the five things to look out for at Wembley this weekend. 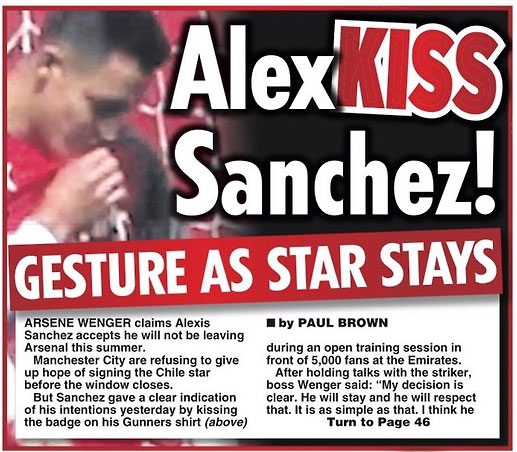 There are a number of reasons that Alexis is likely to steal the spotlight this weekend.

Firstly, his future is still officially unresolved, although Arsène has been saying all summer that he plans to keep him.

Secondly, with only a few days of training under his belt, it’ll be interesting to see how involved he is in the match.

Alexis has a fantastic record at Wembley, and seems to make it even better with every appearance.

He already had five goals and an assist in 4 games before last season’s appearances, and he added to that with goals against City and Chelsea.