A new picture of our 2015/16 away kit has been released into the world and, as ever, some Gooners aren’t overly thrilled with it.

The form-fitting Puma kit is designed to have breathable material that allows easy movement. However, many Arsenal fans believe it looks anything but ‘breathable‘ on its model, Alex Oxlade-Chamberlain.

Many do seem to like the gold and blue colour scheme, but many also find the style unflattering and uncomfortable-looking.

I personally like it. It does look a little snug, but as Danny Welbeck said at the home kit launch earlier this month, this season it is a lot less restrictive and I’m willing to take his word for it. 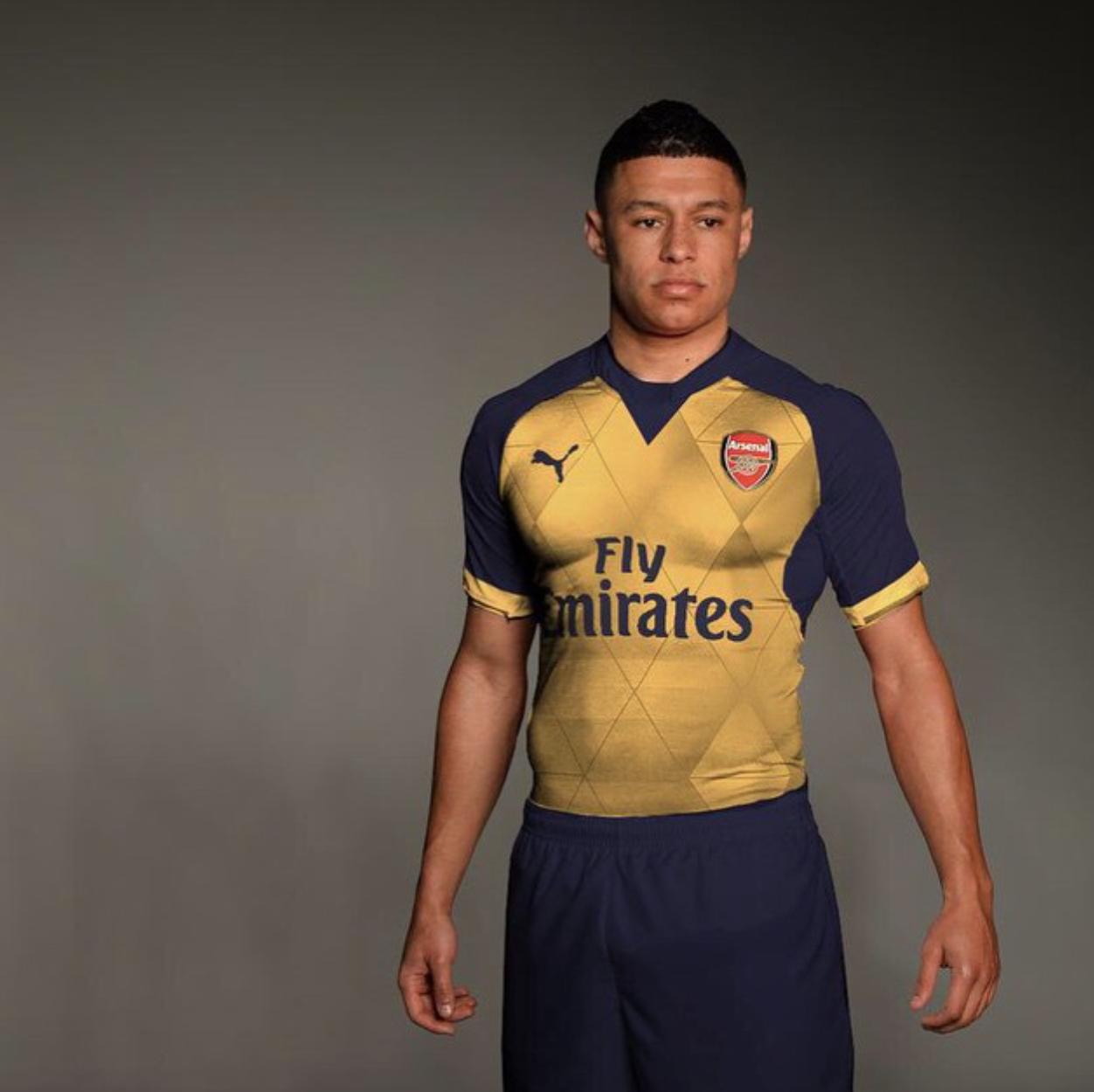